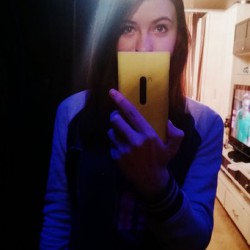 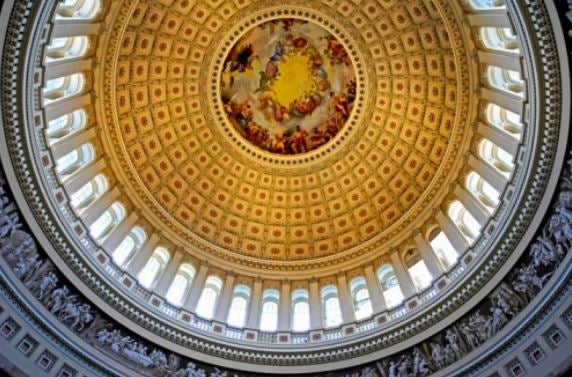 The Senate approved a bill to extend unemployment insurance assistance to over 2 million people. It also debated equal pay legislation (see below). The House passed a budget resolution for fiscal year 2015 that outlines a comprehensive tax-and-spending plan for the next decade. It also passed legislation enacting various reforms to the budget process.

High Frequency Trading. High frequency trading (HFT) has been heavily scrutinized over the past two weeks, particularly in media circles. While financial regulators and at least one federal law enforcement agency were quick to publicly announce they were involved in ongoing investigations of HFT, Congress has been relatively quiet. No hearings have been scheduled, and most lawmakers do not know enough about the subject to stake out a specific position. Some lawmakers have responded, however, by reviving their interest in adopting a tax on large banks and other financial institutions. That is perhaps a simpler way to impact entities that are engaged in HFT. Specifically, these lawmakers are promoting a “financial transaction tax” (FTT) of 0.03% on most trades. While regulators will likely address HFT in a more detailed way in the next few months, we do not believe HFT fever will push lawmakers to be more sympathetic to a FTT. This proposal is still a low risk and very unlikely to be enacted this year.

Insurance and Terrorism. Next week’s one-year anniversary of the Boston Marathon bombing has served as a reminder to many in Congress that a reauthorization of the “Terrorism Risk Insurance Act” (TRIA) is due. The law was enacted in 2002 to provide a federal backstop to insurance claims resulting from terrorist attacks. No claims have ever been filed against the backstop, but it provides a valuable assurance to the property and casualty insurance industry and owners of large property insurance policies (mostly in large cities) that broad coverage would apply in the case of a catastrophic terrorist attack. TRIA expires at the end of this year, and various industries are working to extend it either for a short term or permanently. This bill will be a focal point in the Senate Banking Committee in May-June once the committee finishes its work on legislation to reform Fannie Mae and Freddie Mac. It will also be considered in the House during that same time. We expect final legislation to be passed in a bipartisan manner in the summer or fall, though the federal backstop will be restructured slightly to put more financial risk on the insurance industry and those they insure and away from taxpayers. It also will be extended for a certain period of time, and not made permanent.

Equal Pay. Senate Republicans this week blocked a final vote on the “Paycheck Fairness Act,” which would give women new legal rights in addressing pay inequality in the workplace. Republicans blocked the measure because they were not allowed to offer amendments to it and over concerns of a possible explosion of litigation. Dubbed the “equal pay” bill by Democrats who championed it, the issue presents a political dilemma for Republicans who may look unsympathetic to women by blocking the measure. Various studies draw different conclusions about the extent to which a pay gap exists and to whom it may apply to. Look for Democrats to make the stalling of this bill a national issue as the November elections approach. Democrats need women to vote in November, particularly single women, and unhappiness over this legislation’s demise may be what gets them to the polls.

Minimum Wage Jockeying. The Senate began debating an increase in the minimum wage to $10.10 per hour this week. A vote on the measure will come once the Senate returns from its recess in late April. Some Senate Republicans are trying to gin up support for a smaller wage increase, perhaps to $9.00 per hour as part of a compromise effort. Republicans also want to add job-creating measures to any wage increase. Most Democrats, however, will likely remain committed to an increase of no less than $10.10, which is also the position taken by President Obama. Lost in the debate is a proposed increase in the “sub-wage” that affects workers like bartenders, waiters/waitresses and other tipped workers. That rate is current $2.13 per hour, and the proposal would lift it to $7.10 per hour. Efforts to raise the minimum wage in the Senate will likely fall by the wayside eventually as the parties will fight over the scope of the increase and whether it should be accompanied by job-creation measures. Meanwhile, individual states (and even some cities) are enacting their own wage (and sub-wage) increases, so the federal action would have a limited impact.

Related Article: Looking past uncertainties in Russia, the U.S. and China to capitalize on broader growth

Renewable MLPs? We’re getting a few calls asking whether Master Limited Partnerships (MLPs), a business structure taxed as a partnership but whose ownership interests are traded like corporate stock, will be taxed differently in any tax reform measure in play in Washington at this time. MLPs are currently only available to investors in energy portfolios for oil, coal traction, pipeline projects and natural gas. However, the “Master Limited Partnerships Parity Act” introduced last year by Senator Chris Coons (D-DE) and Congressman Ted Poe (R-TX) would allow renewable power generators to take advantage of the tax benefits of MLPs. As many lawmakers continue to push renewable energy at a time when other lawmakers are promoting tax reform, this bi-partisan proposal is standing out. It is important to also note that MLPs were protected in the most prominent tax reform measure in play in Washington (proposed by House Ways and Means Committee Chairman Dave Camp), which is favorable for the future of MLPs. We do not believe the Master Limited Partnerships Parity Act will become law this year or that the tax status of MLPs will change in any way this year or anytime soon.

Power Plants Targeted. We expect an announcement soon from the White House relating to new carbon emission standards for existing power plants. The Environmental Protection Agency has sent its regulatory proposal to the White House for a final review, and we expect a final rule to be made public next month. This is a big deal to existing power plants as they will likely have to upgrade their systems to limit carbon releases from their plants at an increased cost. The impending regulation will be cheered by environmentalists and derided by many in Congress and those in states that have plants subject to the higher standard. Depending on the rule’s content, Congress may try to overturn it, but this will be an uphill battle. The battle over climate change may be stalled in the Congress, but it is very much alive in the Executive Branch, and this impending rule is a key component of that larger issue. Legislative proposals such as a tax on carbon will not be enacted soon, but regulatory proposals like emissions standards and previously-announced rules on new fuel efficiency standards and other measures are all part of the plan to combat climate change through executive action.

Vulnerable Power Grid. Last November, nearly all the utilities that participated in a two-day preparedness exercise of the power grid said that their planning was not good enough. In fact, a study by the Federal Energy Regulatory Commission (FERC) concluded that coordinated attacks in each of the nation’s three separate electric systems could cause the entire power network to collapse. Another preparedness exercise is planned for 2015. Last month, FERC directed the North American Electric Reliability Corporation (NERC) to develop reliability standards to address risks due to physical security threat and vulnerabilities, which should be completed this summer. This issue and last year’s attack on an electrical transmission substation in California has certainly captured the attention of lawmakers. Yesterday, the Senate Energy and Natural Resources Committee held a hearing to explore how to increase the reliability and security of the nation’s security grid. No one—regulators, Congress or industry—seem to have all the answers to this problem at this time but look for this issue to emerge in a more prominent way once regulators do their due diligence and improvements are suggested.

Congressional Pay Hike. It shouldn’t be a surprise that the one Member of Congress who recently suggested that Members should get a pay raise is retiring. The vast majority of current members oppose a pay raise, though they would gladly accept one if it could be enacted without their fingerprints on it. The current salary for a member of Congress is $174,000 (leaders earn a little more), about $122,000 higher than the median household income in the U.S. of $51,371. The congressional salary was last raised in 2009. Despite the talk, no increase in pay for Members will occur this year or in the foreseeable future.